A rendering of Paula's Plaza, a pocket park between Park Hall (at right) and the Alfiero Center at the School of Management.

The love story of Paula's Plaza 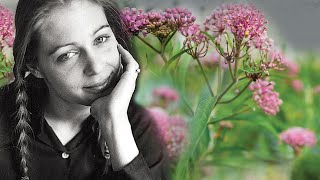 It’s a love story that started at UB, as so many do. And when it ended far too soon, a gift to UB was a heartfelt tribute.

“We were best friends,” says Russ Agrusa, BS ’76, speaking of his late wife, Paula, BS ’78. They met while doing laundry in the basement of a residence hall and Russ invited her for a homemade dinner of lasagna and fresh bread (“my mom and grandma made sure I could cook,” Russ says). By the spring of Paula’s senior year, she and Russ were married.

After graduation, Russ, an engineering major, started an automation software company and soon asked Paula to join the firm as chief financial officer. Paula had thought about studying pharmacy at UB, but Russ helped convince her to be an accounting major. “She could read spreadsheets and add up huge strings of numbers in her head while she waited for you to add them up in the calculator,” Russ recalls.

Partners at work as well as at home, the Agrusas grew the startup into an international software company with hundreds of employees. Recognizing their success, Paula suggested they make a gift to the university that had given them an education — and each other. In April 2010, they made a donation to support construction of Barbara and Jack Davis Hall, home of the School of Engineering and Applied Sciences. In recognition of their gift, the auditorium in Davis Hall is named in their honor.

After decades spent building their business — and their lives — together, the Agrusas received tragic news: Paula was diagnosed with colon cancer. She spent years fighting, but ultimately lost her battle in 2016, just a few days before the couple’s 38th wedding anniversary.

To honor Paula’s memory and encourage future generations of students, Russ provided a gift to build Paula’s Plaza — a peaceful, welcoming space filled with beautiful flowers, benches and walking paths outside the School of Management, from which Paula received her degree. “Students can go there to relax, smell the flowers and take photos when they graduate,” Russ says.

A view from Baldy Hall of construction of Paula's Plaza. Photo: Douglas Levere

Russ also hopes that Paula’s Plaza will inspire other donors, just as he was inspired by Grace Plaza — an outdoor space on the North Campus near Davis Hall that also honors a beloved partner.

“She was a very caring person,” Russ says of his wife, “and always wanted to give back. If it wasn’t for UB, I don’t know what I would have done.