The business of law

According to David Simon, BS ’74, the business insights he gained at the UB School of Management have given him a unique advantage in his career.

“By and large, most law students are liberal arts majors as undergrads,” says Simon, who later earned a law degree from the University of Pennsylvania. “I wasn’t, and that was very unusual.”

While working toward his business degree at UB, Simon spent much of his four years at public radio station WBFO and as the business manager of student newspaper The Spectrum.

“Whether you do it on campus or off campus, being able to take what you learn in coursework and apply it to real-world situations is crucial,” he says. “Having a purely academic perspective is not going to make you as marketable or valuable as someone who can relate it to a real business situation.”

Since graduation, Simon has been a partner at one of Philadelphia’s largest law firms, general counsel for HMO innovator U.S. Healthcare, senior vice president and chief legal officer for healthcare giant Aetna, and chief counsel for the Commonwealth of Pennsylvania’s Insurance Department.

He says a lot of his work as general counsel for U.S. Healthcare involved putting deals together—the work of a business executive as much as an attorney.

“That was a six-year window during which I was much more a business executive than a lawyer,” he says. “Without the training and the background from the School of Management, I wouldn't have been able to do that.”

In 1996, U.S. Healthcare was sold to Aetna for $8.9 billion, landing him in the senior vice president role. And as chief counsel for the Pennsylvania Insurance Department, he found himself running insurance companies that had gone into liquidation—another place where business training proved important.

In addition, Simon serves as chair of the Delaware River Port Authority and as a member of the School of Management Dean’s Advisory Council, including a term as the council’s first chair from 2003-05. The David F. Simon Conference Room in the Student Organizations Suite of the Alfiero Center is one of the most heavily used student areas in the school. 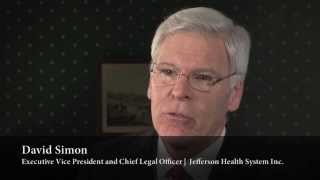 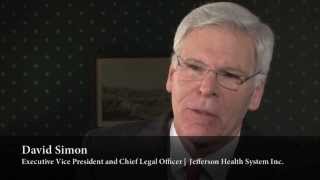 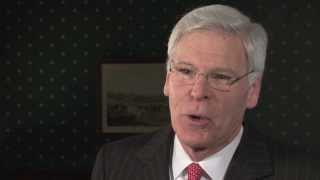 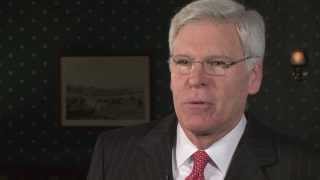 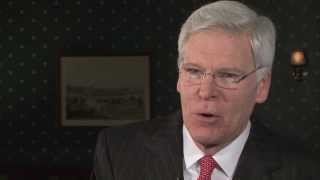